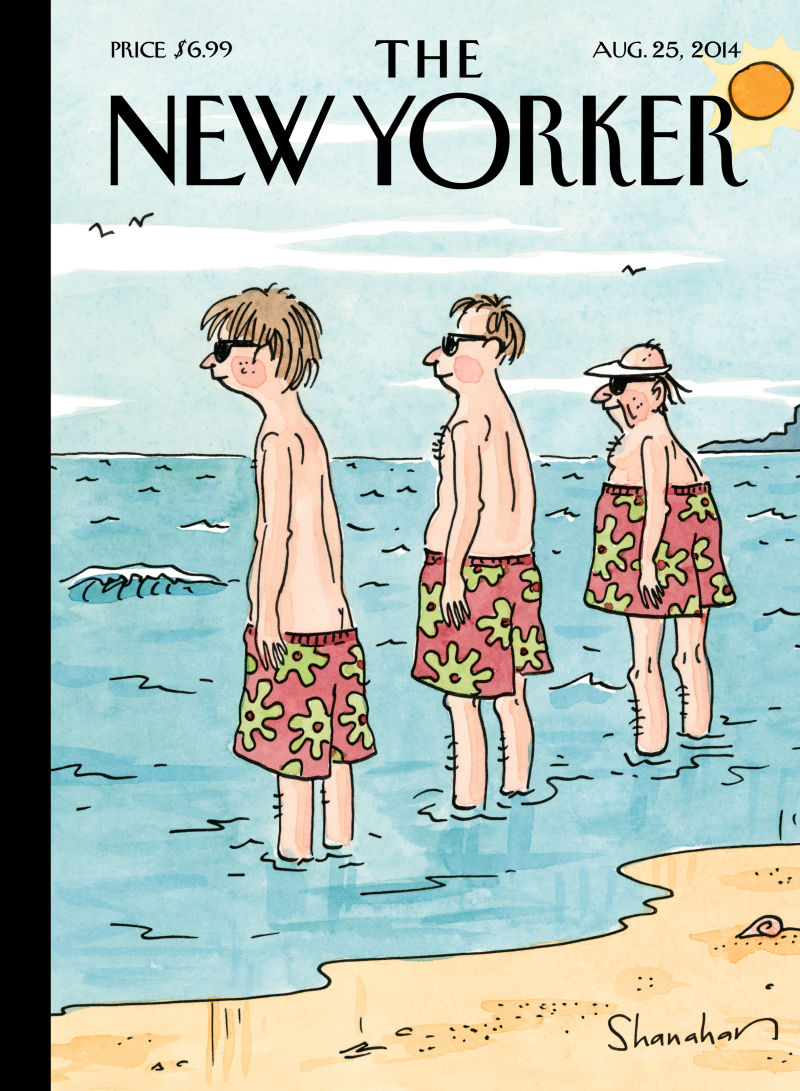 Elders sometimes tell me that they feel younger on the inside than they do on the outside. I get that. I think most of us form a mental picture of ourselves somewhere between 25 and 35. Our mental image doesn’t change, even as our bodies keep getting older and older. That’s why it can be such a shock to look in the mirror some mornings when we’re 50, 60, 70, 80 or even 90.

So when I came across this recent cover from The New Yorker magazine, I had to chuckle. Most of us don’t think of our life’s arc in one fell sloop, as illustrated by this cover. But, as I began to ponder the picture, I realized that it communicates some really important things about aging. This may sound grandiose, but I really think it illustrates why there’s a need for geriatric specialists at all.

There are the obvious points: The old man on the right has a lot less hair than the teenager on the left, or even than the middle-aged man in the middle. He’s also fatter. Most of us know that as we age, we lose muscle mass and hair. We gain fat.

But here are some more subtle differences:

• The old man is a bit shorter than his younger counterparts on the left. He’s lost bone mass over time. You can fight this by remaining active (also helpful for the muscle/fat ratio). So I guess it’s hopeful that this old guy is at the beach.

• The elder also wears a sun visor. Undoubtedly, his vision is not what it once was: He may have trouble seeing in very bright light, or very low light. Even if he never wore glasses as a young man, he probably has become a bit far-sighted, needing reading glasses.

And here are the differences that you can’t see:

• When they all go back to the hotel for tropical drinks, the oldest man should watch himself. He may have been able to handle three drinks when he was younger. Now, that much alcohol will send him around the bend.

• Should he end up getting a severe sunburn on the beach, or pulling a muscle while swimming, he should be careful about what medications he takes for the pain, and at what doses. Elders, like children, metabolize medicines differently than do people in the middle of life. He should also make sure that particular painkillers do not interfere with medicines that he is already taking. And of course, he should know if any medications he’s taking make him more susceptible to sunburn!

Of course, there are many, many other things that make elders different from younger generations. That’s why we geriatric specialists spend years learning those subtle differences. 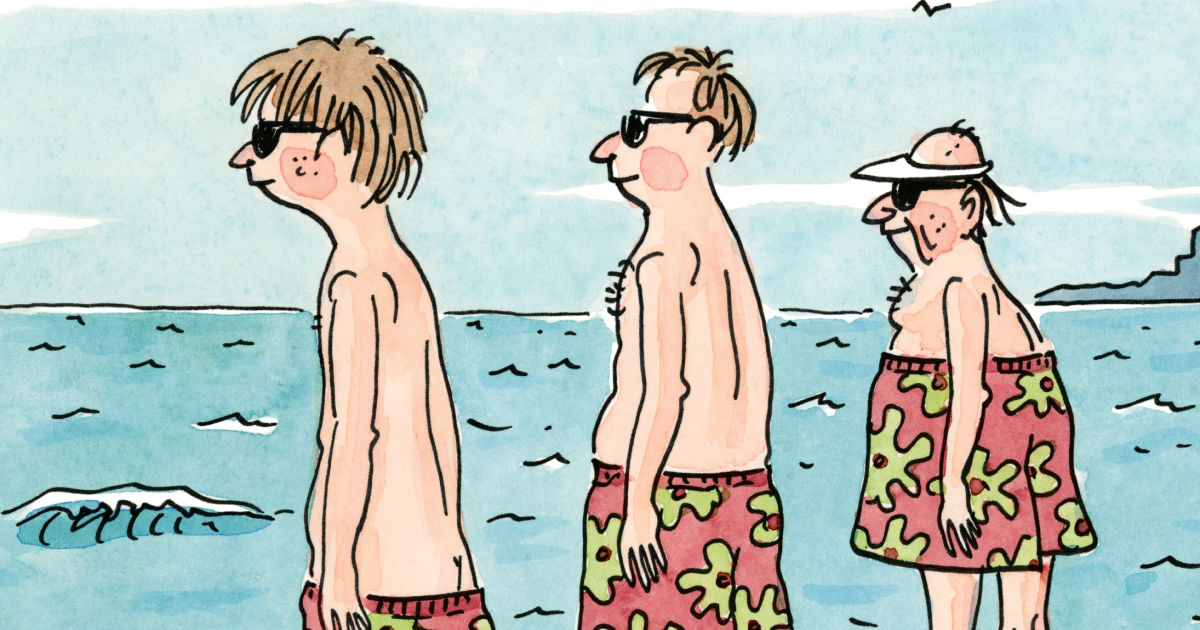